HPT Team Members are long time coaches or former collegiate athletes who specialize in a particular sport. They have been accepted as an HPT representative because of their experience and knowledge. Our Team Members are actively involved in their communities coaching, assisting with camps and generally being ambassadors for their sport. They are here to help your school and university.

As you know, many coaches are volunteering or working for minimum pay while devoting much of their time and often even money to helping athletes in their community. When you purchase equipment through an HPT Team Member you are saving money but also subsidizing the effort of a sports team coach who is actively working with athletes.

Thank You for your Business!

I would like to thank you for visiting our web page and hope you will give us the opportunity to assist you with your equipment needs. We wish you and your athletes continued success. If you have any questions or suggestions please drop us a line.

This website will be under continued change and development so check back often and be sure to check out our News & Promotions page for equipment specials and information regarding camps in your area.

Fill out the form below and we will contact you with more information. 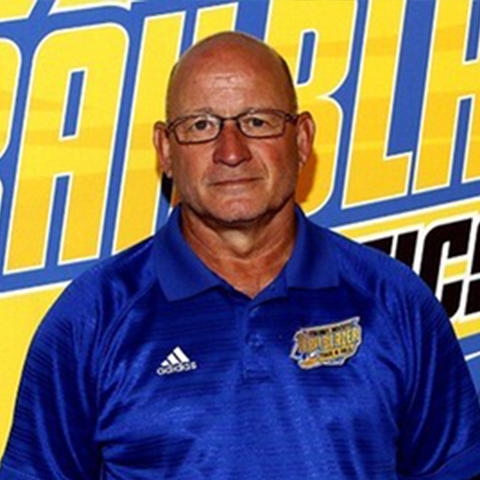 Marty started coaching track in 1983 and continues today as the Head Cross Country and Track & Field Coach at Vincennes University. His passion has always been in developing pole vaulters. Through the hard work it took in developing many national-level vaulters, he became a speed development specialist. That work turned into a career of operating training facilities and the opportunity to work with elite athletes from several sports.

He has been selling athletic equipment for over 20 years but established the business HPT (High-Performance Training) in 2012. HPT is a small business but the goal is to expand it into other geographic areas; offering more coaches the opportunity to earn a little side money while they are pursuing their passion of coaching and helping young athletes. 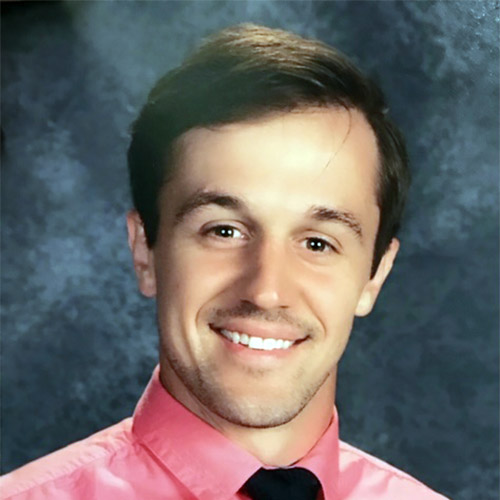 Derek Cullison was a pole vaulter at Purdue University from 2007-2011. After his 4 years as a Purdue athlete Derek decided it was time to further his career in strength and conditioning as well as track and field.

He graduated from Purdue University, with a Bachelor of Science, with a degree in Health and Kinesiology. Derek is currently the head strength and conditioning coordinator for Eastern Hancock School Corporation on the eastside of Indianapolis. His passion is not only in the weight room where he trains over 200 athletes daily, but his biggest love is in track and field. He coaches the pole vault, full time at Carmel High School, where he has been for the last 5 years. Derek has had much success as a pole vault coach with back to back boys Indiana State pole vault titles in 2016-2017, along with 15 medalists since 2011.

Among his passion for the pole vault Derek is dedicated to the science of strength and conditioning. With a certification in Olympic Weight lifting, USAW level one coach, FMS, FNS. Derek furthers his education by attending clinics and networking with other coaches from the area in pole vault, speed and strength.

Derek is a father of three boys, and husband to a lovely wife of 6 years, Everett (4), Forrest (2), and Watson (5months). Although I put a lot of my time and effort in Strength and Conditioning along with pole vault, my priorities are: CHRIST, FAMILY, and everything else follows. 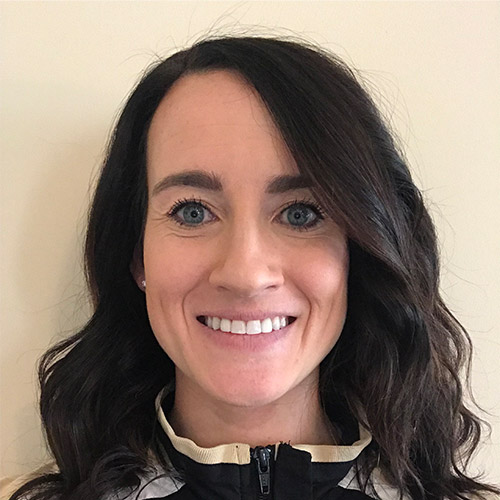 Kara Beth Kaufmann was a pole vaulter at Purdue University from 2007-2011. She graduated from Purdue University with a Bachelor of Arts degree in Movement and Sports Science. After graduation, Kara Beth moved to Michigan and pursued a career in Health and Fitness. She was a Group Training Coordinator for 2 years at Lifetime Fitness. In 2013 she found her true calling as a Strength and Conditioning Coach for Total Performance. She had the opportunity to work with athletes from 8 years old to professionals in varias sports. She was also an assistant track coach specializing in pole vault and long jumpers at various local high schools.

In 2015, Kara Beth married her husband Kevin and they moved to Nashville, TN. She pursued another career but after the birth of their first daughter Berkeley in April of 2018, she has 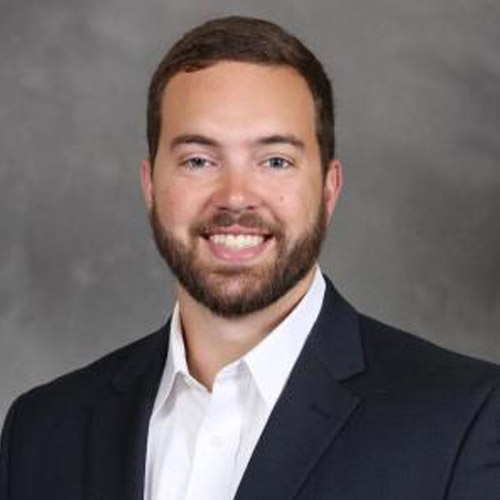 Representing the HPT Team in Michigan, Evan Pitt is a former Student-Athlete from Western Kentucky University. At WKU, Evan competed in Pole Vault for 4 years while completing his BS in Mechanical Engineering and is now an Automotive Engineer for a Major OEM in the Detroit area. He is also an Assistant Track Coach at Grosse Pointe North High School, where he uses his background in Track and Field to help young athletes learn to vault high, improve their T&F knowledge, and explain the “why” to different training approaches. He’s helped coach multiple HS State Champions in Kentucky, and has athletes pushing school records at GPN in his second season at the school.

Outside of work, Evan and his wife Kathleen enjoy being new parents to their son Daniel, spending time outdoors, travelling, and learning new hobbies. 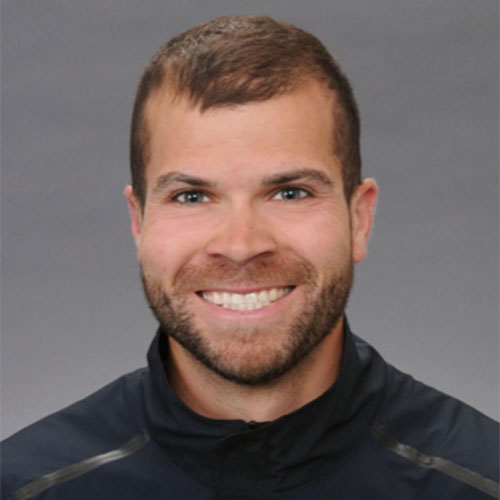 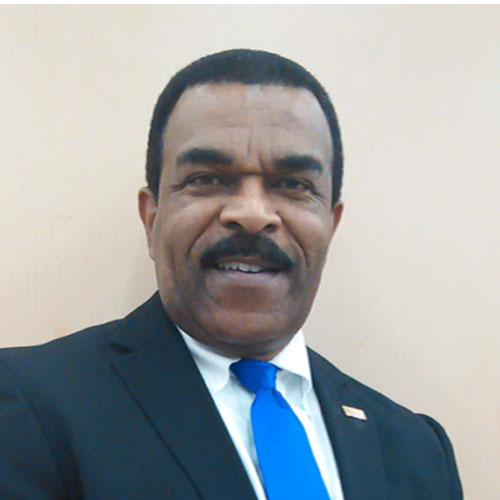 Mo Cato was an Honorable Mention All-American at the University of Southern Indiana (’81-‘85) where he helped lead the Screaming Eagles to 4 consecutive conference championships and an appearance in the 1982 NCAA Elite Eight. He is one of only 2 players in the history of the program to be named to 4 consecutive first team All-Conference teams and one of only 2 players to be selected to 3 consecutive first team All-Region teams. He’s also the all-time leader in assists for a season and career. Mo was inducted into the university’s athletic Hall of Fame in 2017.

Throughout his coaching career, Mo has worked with thousands of players at the youth, high school and collegiate level. He’s won several State titles and a national title with Indiana ODP in 2009. At the college level, he coached several All-Conference and All-Region players, a conference newcomer of the year, a conference player of the year, a LOWES Senior Class nominated player and the NAIA leading goal scorer in the country.
Mo received his B.S. degree from USI in 1985 and his Masters from WKU in 1989. 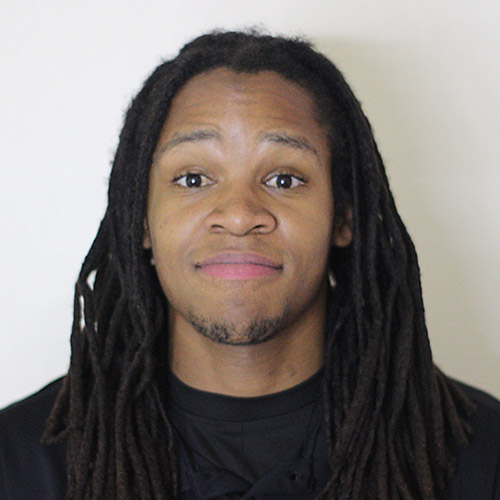 After graduation Will started his career as a group fitness instructor for Wellness Box Inc. To further pursue his career in fitness Will moved to Arizona. Where he now is a personal trainer for LA Fitness/Esporta.

Outside of training. He enjoys riding ATVs, camping, and any competitive event he can sign up for.